View cart “Yellow Wax” has been added to your cart.

The origins of wax are not to be found in Africa, nor in Holland, but in Indonesia. In the eighteenth century, Holland decided to invade the island of Java, and its Ghanaian mercenaries fascinated by wax-dyed fabrics brought some back to the Ashanti kingdom, on the Gold Coast. It was such a success that the Dutch saw a potential trade and decided to produce the fabrics themselves and market them in Indonesia and then in Africa.
If until today the Dutch wax remains the reference and the must-have in African clothing, it is also produced a lot in Benin, Ivory Coast, Ghana, Niger and Asia. A symbol of style, the garment is an external sign of elegance, wealth and form of communication thanks to its printed drawings or its name. 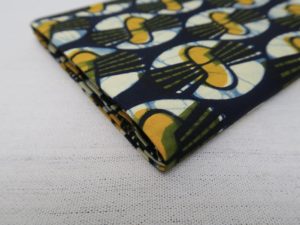 Important : our shop will be closed from September 6th until November 6th 2021. All orders will be shipped when we'll return. Dismiss