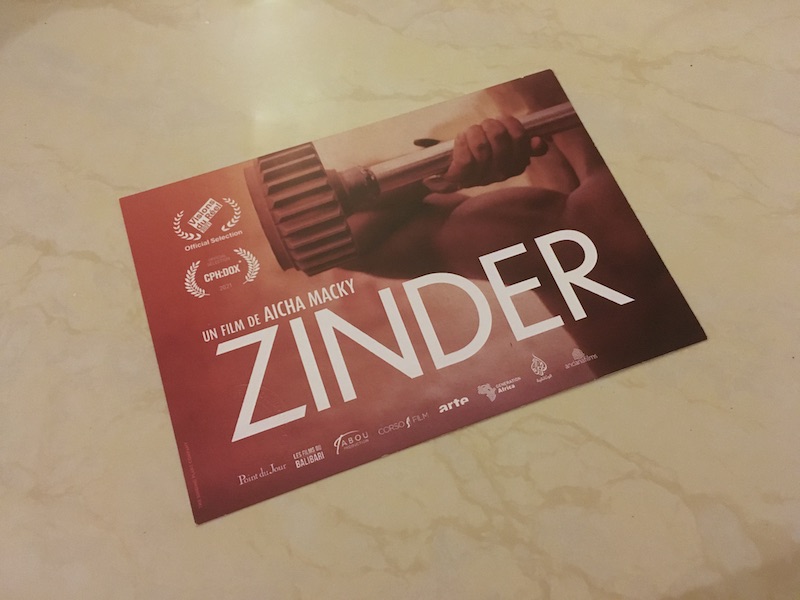 The Sahel as far as the eye can see. A city, Zinder. Scars, muscles, rage,… and the rage to live too.

Last June, it was in front of a packed house that the premiere of the movie Zinder took place in Niamey.
After several international screenings the Nigerien director Aïcha Macky was back home to present her latest documentary.

Far from the clichés and prejudices, far from the headlines that summarize this area as jihadism and unsuccessful military operations. Far also from the legendary Damagaram, the first capital of Niger, full of history, culture and intellectuals. It is in the other Zinder that we penetrate. The one of the slums, the one of a frustrated and angry youth from whom we look away, the one of the lepers, the one of the scavengers, the one of young men who will fight in spite of everything and by all the necessary means to survive, to prove their existence and to provide for their relatives. Through Aïcha Macky’s camera, we enter the Zinder of which no one speaks.

To be fare, you don’t go around like that in the ‘palaces’ of Kara Kara. You don’t just rub shoulders with these youths. And it took the director 8 years of immersion, patience, kindness and audacity to collect these testimonies overflowing with suffering, revolt and without scruples, to make these images without filter, to paint the arid landscapes of the region where she grew up; 8 years to follow the tracks and try to understand how we got there.

It is through the story of Sinia Boy, Bawo and Ramsess that we discover the reality of the gangs of Zinder. Violence, smuggling, theft and rape, no crime is avoided. And yet Aïcha Macky’s story encourages us not to judge. Silences, western-like landscapes and night scenes contrast with raw testimonies.
Zinder depicts a complex situation and puts a face on an invisible youth with a desire to get out of illegality, without falling into pathos or pointing fingers. We understand that the ground is fertile for desperate acts, without forgetting that extremism is never far away and greedy … a message to whoever wants to hear it, confront it and take his share of responsibility.

In the Mahatma Gandhi conference room in Niamey, the audience is not indifferent. There are murmurs, laughter, and sometimes offence.

If questions remain, Aicha Macky above all makes us look this youth straight in the eye. Zinder offers us leads and whispers that the city still has much to reveal.

The documentary film Zinder is currently scheduled in several cities around the world, and surely near you. To film lovers, to lovers of Niger, to those who want to support African cinema and women directors, and finally to those who want to discover another side of the current situation in the Sahel… for many reasons, don’t miss it!